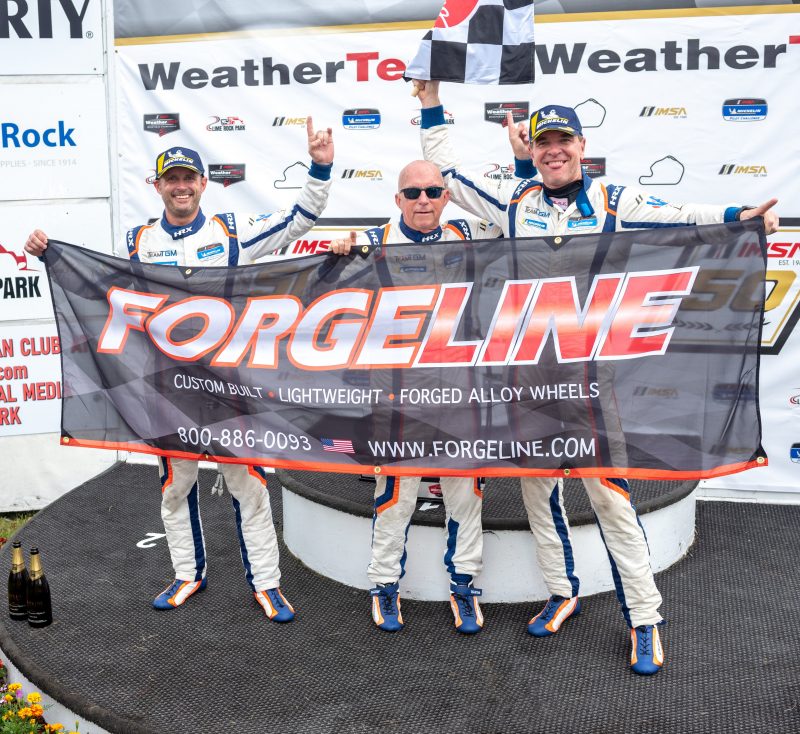 Congrats to Owen Trinkler, Hugh Plumb, and Team TGM for winning the Forgeline Spirit of the Race Award, at Lime Rock Park! Fans who enjoyed race day coverage via the IMSA.tv live stream and the IMSA Radio live broadcast submitted their votes via Twitter and selected Trinkler and Plumb, drivers of the GS-class Team TGM #46 Mercedes-AMG GT4 as the drivers who best exemplified the true spirit of MICHELIN Pilot Challenge racing. Trinkler and Plumb are hoping to defend their 2018 GS championship title, but heading into Lime Rock, they had yet to finish inside the top ten. Their hard-fought victory at Lime Rock impressed fans with an inspiring performance that culminated in their first IMSA MICHELIN Pilot Challenge win of 2019!