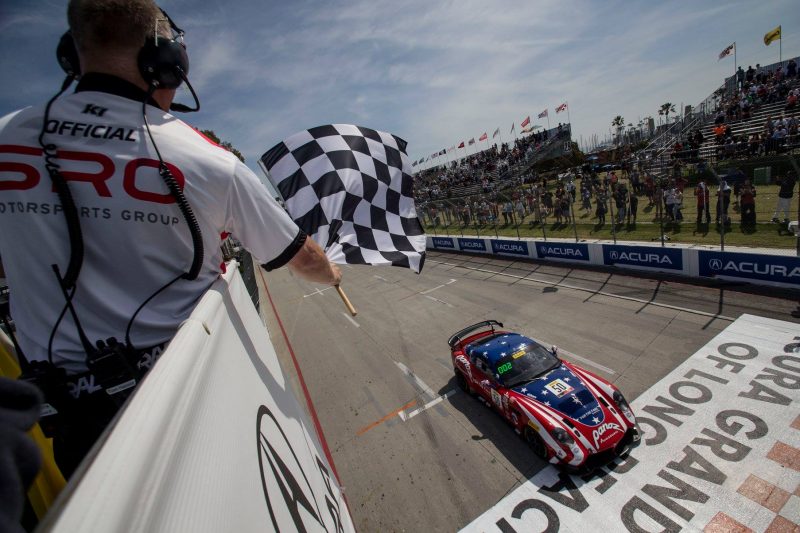 An action-packed race with no shortage of cautions saw Team Panoz Racing return to the Pirelli GT4 America podium in their Grand Prix of Long Beach debut. The event saw an Am-class victory for Long Beach local, Matt Keegan, in his first time running on home soil, and a brilliant run to second place for Ian James, in the Pro-division. Both drivers campaigned Panoz Avezzano GT4 race cars equipped with Forgeline one piece forged monoblock GS1R wheels!

The Panoz Avezanno GT4s showed early on after Ian James secured a second place starting position for the Pro-class No. 50 and Keegan drove the No. 51 to the pole position in Am and fourth place starting slot overall.

Typical to Long Beach, the first half of the race featured more caution laps than green ones, with the first incident happening just three laps in. Despite the attrition from behind, both James and Keegan were able to put their heads down and maintain their starting positions.

With 30 minutes remaining, the field was preparing to go back to green, as it would remain for the final half of the race. At this point the field had tightened up and both Panoz Avezanno GT4s had to defend their positions.

Keegan found himself in a battle with Michael Cooper, who had driven through the field. He was defending his overall position for several laps before the McLaren got by, still allowing Keegan to take the Am class victory. Not only did he take a victory in his first time racing on home soil, but he drove to fourth overall in the No. 51 car.

James put on a late charge for the win, closing the gap down to as much as 1.5 seconds behind Pumpelly. The Englishman was battling it out right down to the final corner of the race, before ultimately pulling through with a hard-fought second place finish in the Pro division.

CBS Sports Network will premiere the Pirelli GT4 America Streets of Long Beach Presented by AWS on April 21st at 7:00pm ET, with an encore presentation at midnight on April 22nd; check your local listings for channels and additional broadcasts. Pirelli GT4 America Sprint competitors next take to the track at VIRginia International Raceway on April 26th through 28th.

Driver Quotes:
Ian James | Driver, No. 50 Team Panoz Racing Panoz Avezanno GT4 – “It was a very successful weekend for Team Panoz Racing. Matt won in the Am class, which is brilliant, and I finished second, which keeps us in the hunt for the points championship. Spencer qualified on pole and I did get to him in the race, but just didn’t have enough to get by him. We’ll work on it and come back to VIR stronger and hungrier.”

Matt Keegan | Driver, No. 51 Team Panoz Racing Panoz Avezanno GT4 – “It’s very cool to be able to drive at my home event and come out with a win. I have all of my friends and family here to support me this weekend and this is my first time racing at this track so this win feels awesome. Thanks to Team Panoz Racing for a great car. I’m looking forward to getting back to it with Preston at VIR.” 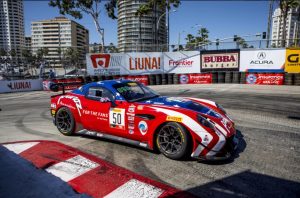 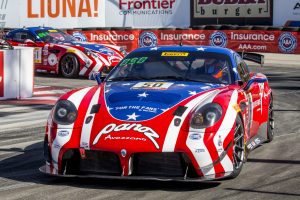 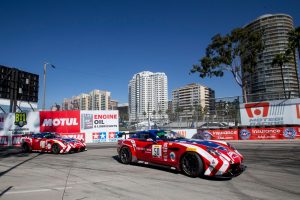 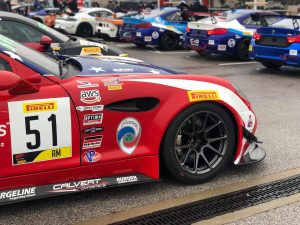 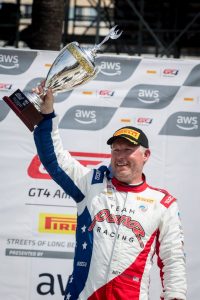