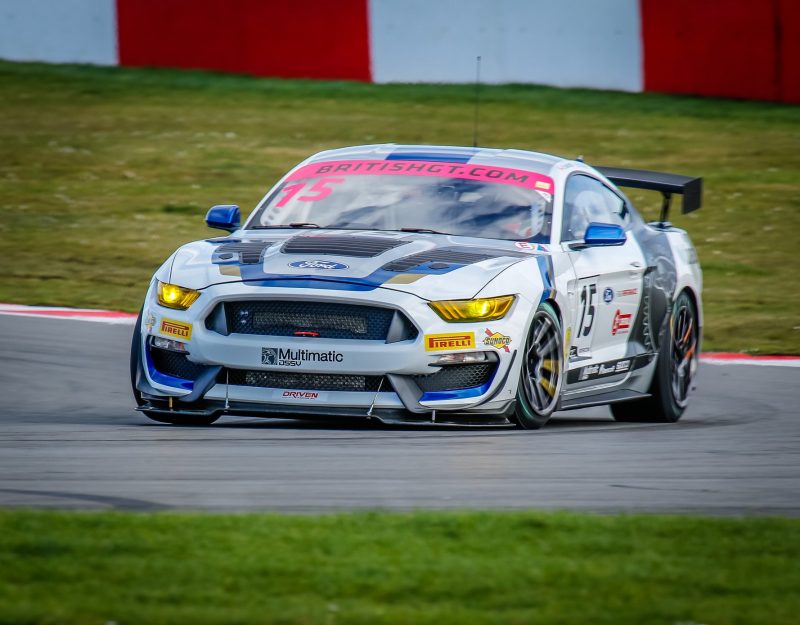 A big congratulations goes out to Ford, Multimatic Motorsports, Sebastian Priaulx, and Scott Maxwell for scoring a hard-fought victory in race 2 of British GT at Oulton Park, over Easter weekend! Their no.15 Mustang GT4 on Forgeline one piece forged monoblock GS1R wheels was pushed off track in race 1 and needed repairs, but came back stronger than ever to win race 2 in dramatic fashion!

Oulton Park, UK (April 22nd, 2019) – Multimatic Motorsport’s 2019 British GT Championship campaign got off to a lively start at Oulton Park this Easter weekend. The #15 Ford Mustang GT4, raced by Scott Maxwell and Sebastian Priaulx, took the win in the second of Monday’s two, one-hour races. The team had to hustle to repair accident damage on the #15 after Race 1 so it was an incredible effort to get up and running again and come out victorious. Competing against McLarens, Aston Martins, BMWs, Mercedes and a Jaguar, the Ford Mustangs put on a great show at a track where American muscle wasn’t expected to triumph.

“I’m happy with that,” said Multimatic Chief Technical Officer, Larry Holt. “Our GT4 Mustangs have been a great success for us in North America so it’s important to bring them over to Europe and put them up against the strong competition here. I think we showed our intent today so I’m happy, with the Mustangs, the drivers and the team. They all did a great job.”

The Multimatic Mustangs excelled during Saturday’s double qualifying session. Scott Maxell put the #15 Mustang on pole position for Round 1 and Jade Buford, on his first trip to Oulton Park, put in a time good enough to join Maxwell on the front row of the GT4 grid.  It was then Sebastian Priaulx’s turn and he grabbed pole for the #15 for Round 2, smashing the GT4 track record along the way. Chad McCumbee was prevented from reaching the front due to an ABS issue and had to settle for 11th position.

Race 1 was held on Easter Monday morning and at the start both Mustangs got away well in the hands of pole-sitter Scott Maxwell and Jade Buford.  An accident between two GT3 cars after just two laps shuffled the pack when Maxwell had to take evasive action. Buford sailed past into the lead, hotly pursued by a McLaren and then a recovered Maxwell. The order remained as such until half distance when the pit window was about to open. All at once a GT3 car that had just pitted came barging through and sent Maxwell off the track and then the second placed McLaren barged it’s way past Buford.

After the pit stops the Mustangs had to fight back up the order. McCumbee, now in the #19 Mustang fought his way through to fourth place but couldn’t quite get into a podium position as the McLarens in 1-2-3 were out of his reach.  Priaulx was making good progress in the #15 Mustang but a late race tussle pitched him into the tyres and he finished 13th in class.

With no silverware from Race 1 the Multimatic Motorsports team knew that Race 2 would be a fierce fight. Again, the #15 Mustang started from pole position, this time with Priaulx at the wheel. He held the lead throughout the opening stint but a Safety Car period during the pit stops put the #15 down the order and left Scott Maxwell with a fight on his hands. No one should ever underestimate a Canadian on a mission and by the closing laps he was up into second place, just as the leader ran out of brakes and went off the track, leaving the #15 Mustang to take the lead and the chequered flag as the race winner.

“It feels great to get the win, especially after the disappointment of this morning,” said Maxwell. “We got given a load of extra ballast and stuff last night because we were fast in qualifying so to come out on top feels good.  The Safety Car messed us up as Seb had built up a good lead and then suddenly I’m down in P5 and it’s hard to pass here, especially when you don’t know the track well. They all made me work for it but in the end it all turned out well and we got a great result for Ford and Multimatic.  This is a great series and a great track. I’m having a blast and I can’t wait for the rest of the season.”

The #19 Multimatic Mustang of California 8 Hours GT4 winners, McCumbee and Buford, finished 8th in GT4 on their first ever visit to Oulton Park.

The British GT season continues in four weeks’ time at Snetterton, not far from Multimatic’s UK engineering base in Thetford. 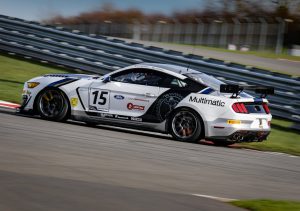 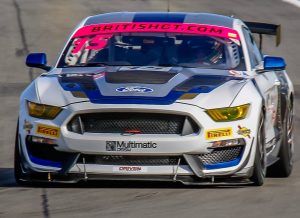 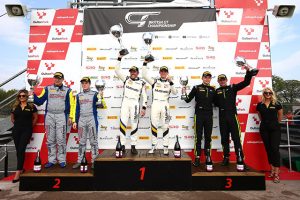