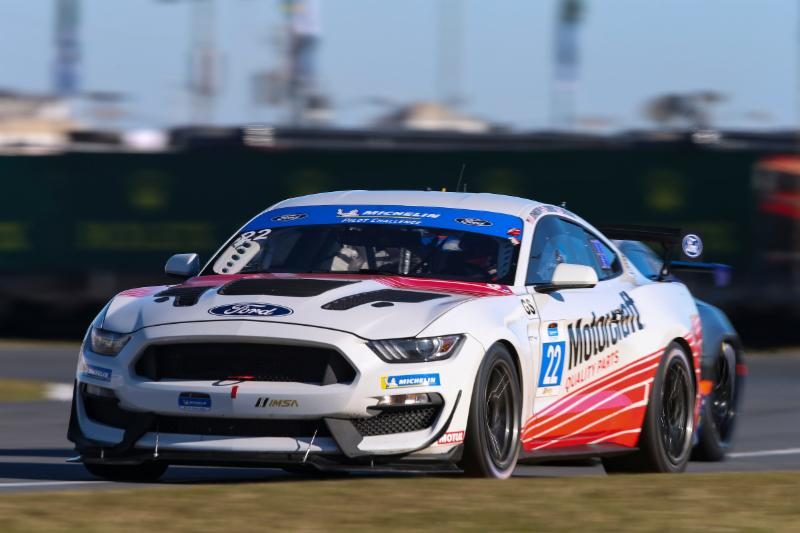 The 2019 MICHELIN Pilot Challenge Series kicks back into gear this weekend with the Alan Jay Automotive Network 120, at Sebring International Raceway.

Forgeline is once again doing our part to bring the excitement of American road racing into your living room by helping to sponsor the IMSA.tv live streaming and IMSA Radio broadcast. Be sure to tune in on Friday, March 15 between 12:05PM and 2:05PM ET at IMSA.com or using the IMSA App to enjoy all of the action.

The Alan Jay Automotive Network 120 at Sebring will offer you a few new drivers from which to choose, since four rookie ThorSport Racing drivers – who normally compete in the NASCAR Gander Outdoors Truck Series – will be testing their skills with sports car racing. Matt Crafton, Grant Enfinger, Ben Rhodes and Myatt Snider are each entered to race the Ford Performance and Multimatic Motorsports Ford Mustang GT4s for Friday’s Alan Jay Automotive Network 120 at Sebring. (And not to brag, but each of these drivers will be racing on Forgeline’s flagship motorsport wheel, the one piece forged mono block GS1R.)

IMSA.tv live streaming and IMSA Radio coverage of the 2019 Alan Jay Automotive Network 120 at Sebring starts at 12:05pm ET on Friday, March 15. So be sure to tune in to enjoy round two of the 2019 IMSA racing season!