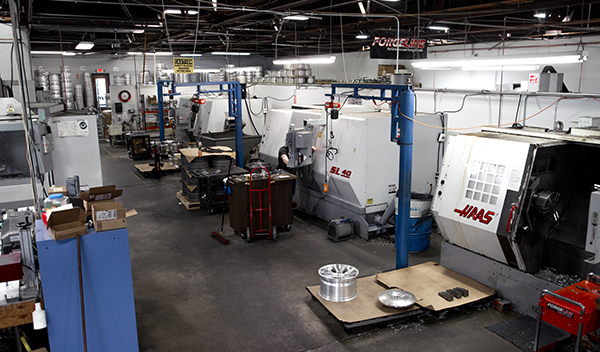 We’re no stranger to using software, CNC, and technology to our advantage in our pursuits developing better wheels and ultimately win races. A software we use daily, Mastercam, took notice of what we do and have highlighted us in the article below.

Thank you to MasterCam for the feature.

A Big Wheel in Motorsports 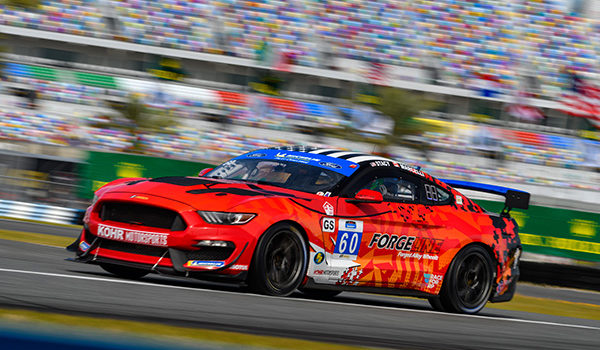 “Everything in this series is being homologated by the original equipment manufacturers (OEMs) of the cars, so if you want to race a Mustang at the IMSA Continental Series, you have to race Ford’s GT4 Mustang, and you have to buy it from Ford,” said Forgeline Motorsports President David Schardt.

Founded in 1993, Forgeline Motorsports had previously focused on three-piece wheel orders. About 10 years ago the company began to receive more and more orders for the lighter and stronger one-piece wheels.

In 2016 and 2017, Forgeline bought three Haas vertical machining centers (VMCs), two VF-5s and a VT-6, to boost capacity for one-piece wheels. The machines feature Haas’ Next Generation Control (NGC), built on a Linux platform, with 1GB of program memory and Ethernet standard, making it easier to upload and run large programs.

Between the three new machines (bringing Forgeline to 11 Haas CNC machine tools overall) and the speed increases with the newer VMCs, machinists have been able to reduce one-piece order times down to about three weeks-6 weeks for the 3-piece wheels.

Employees machine one-piece racecar wheels from a single, strong and stiff aluminum forging. Machinists put them through two lathe operations to machine the front and back. Then the turnings go under the mills to drill the holes in the back, and machine the spokes in the top side, the lug patterns and the center bore. Finally, the piece goes to grind, wash, powder coat and assembly.

Schardt says milling times can vary from 40 minutes to more than three hours, depending on the complexity of the design. Some ornate race wheels have tall spokes and complex, 3D shapes on their faces, requiring as many as six milling passes per side. Because the wheels require significantly more milling than turning, the VMCs were the bottleneck in production. 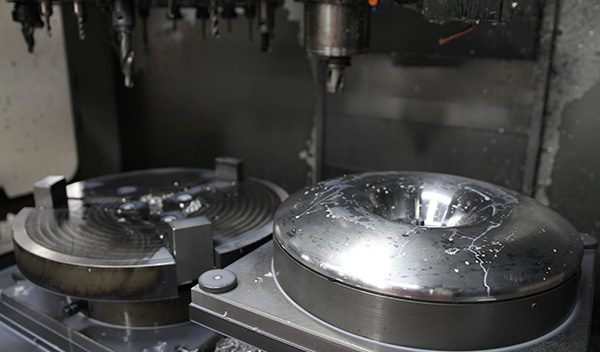 Production Engineer Todd LaRue says machinists save time by basing their designs on using common tooling to avoid changeovers. Between wheel diameters and widths, the company has about 128 basic designs and several cosmetic variations on each, so managing complexity is a constant challenge. Nearly 700 lathe profiles are programmed for various designs. Machinists design and test parts using SOLIDWORKS® and Mastercam.

“The combinations get crazy,” LaRue says. “It’s exponential. When you design one design, it’s hundreds of programs.”

The complex programming and design tools are a far cry from those used by machinists back in 1970 when Schardt’s father owned Dayton Wheel. The elder Schardt engaged his two sons in the business providing them experience in racing wheel design and manufacture. In 1993, he and his son Steve, started Forgeline to fit the niche for wheels with custom offsets. Initially, they designed and manufactured two-piece wheels until three-piece wheels became more in demand. In 1998 they purchased their first Haas VF-3 and were on their way. 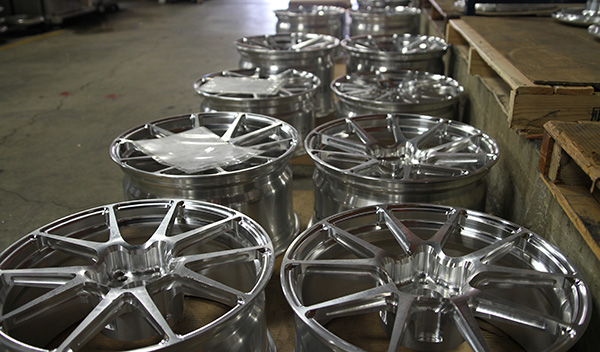 Currently, the Schardts are serving up one-, two- and three-piece wheels in their 30,000 square foot shop. Roughly half their business is for street wheels, with the other half from racing enthusiasts.

The article Forgeline Motorsports: Doubling Down on Race Wheels from Today’s Motor Vehicles, is a great read if you are interested in learning more.