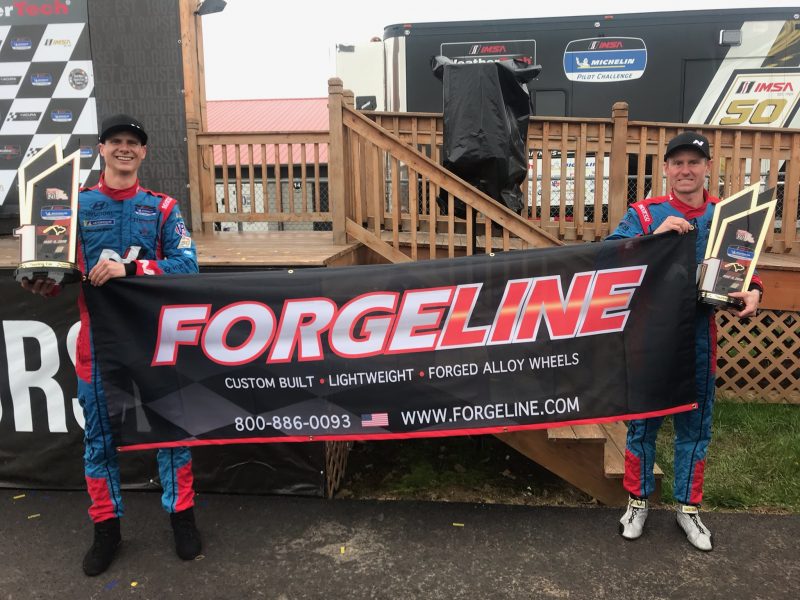 Congrats to Michael Lewis, Mark Wilkins, and the Bryan Herta Autosport team for winning the Forgeline Spirit of the Race Award, at Mid-Ohio Sports Car Course! Fans who enjoyed race day coverage via the IMSA.tv live stream and the IMSA Radio live broadcast submitted their votes via Twitter and selected Lewis and Wilkins, drivers of the TCR-class BHA #98 Hyundai Veloster N TCR as the drivers who best exemplified the true spirit of MICHELIN Pilot Challenge racing. For Lewis and Wilkins, the Mid-Ohio 120 was only their third race in the competitive IMSA Michelin Pilot Challenge Series, but after a wet and wild battle against a hard-charging #81 Audi, they impressed fans with an inspiring performance that culminated in their first IMSA MICHELIN Pilot Challenge victory!