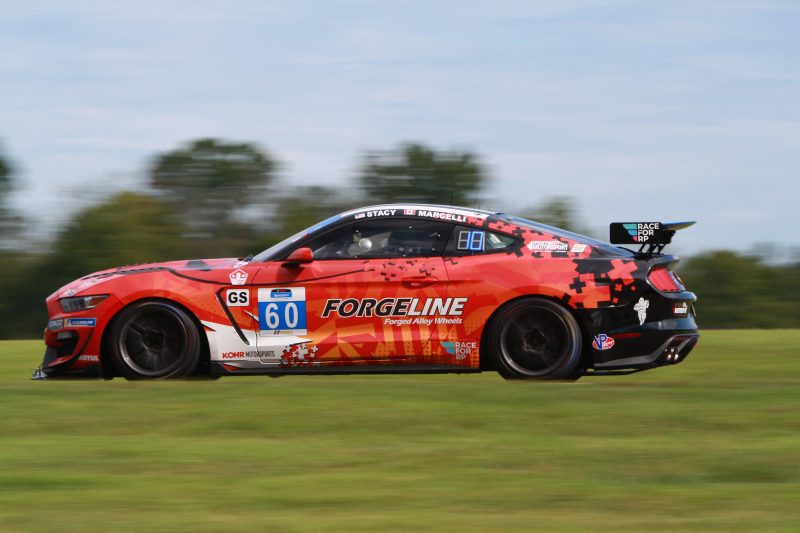 Did you see that finish? It was another last-lap frenzy of excitement that decided the finish of the Virginia is for Racing Lovers Grand Prix, at VIRginia International Raceway! Crazy weather conditions and a bunch of full-course cautions had made for an exciting day. And with just 2 minutes remaining in the race, the entire field took the green flag one last time to start a sprint to the finish line.

KohR’s win at VIR was their first of the 2019 season. And in the process, they also earned the Forgeline Spirit of the Race Award, as fans who enjoyed race day coverage via the IMSA.tv live stream and the IMSA Radio live broadcast submitted their votes via Twitter and selected Stacy and Marcelli, drivers of the #60 KohR Motorsports Ford Mustang GT4, as the drivers who best exemplified the true spirit of MICHELIN Pilot Challenge racing.

Congrats to Nate, Kyle, Ford, and everyone from KohR Motorsports on an outstanding performance! And thanks for trusting Forgeline to carry the load! 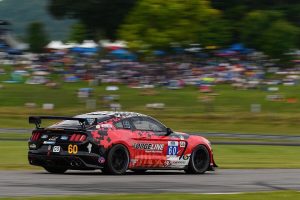 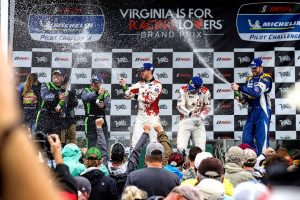 Marcelli and Stacy on the podium at VIR 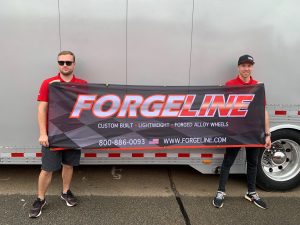