Forgeline Podium Sweep for Trans Am at Charlotte Motor Speedway 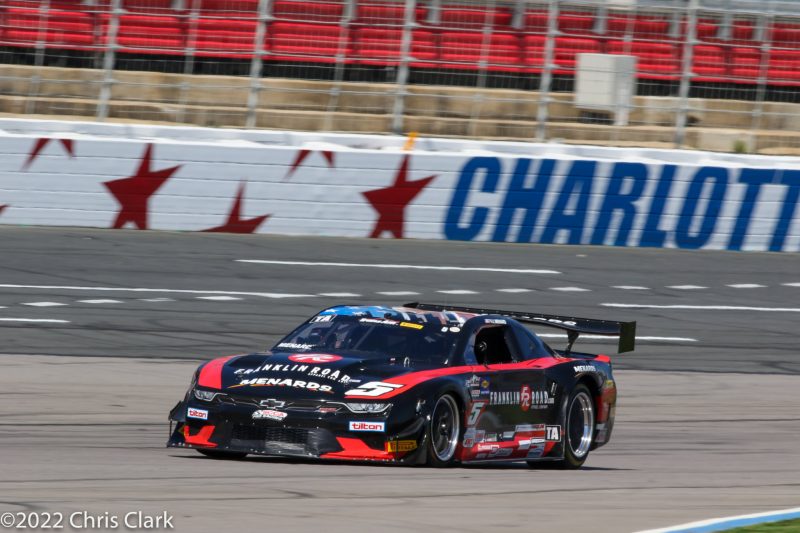 For the second race in a row so far, in the 2022 Trans Am Racing Series, Forgeline-equipped teams have swept the T1 class podium, after yet another exciting race at Charlotte Motor Speedway!

Paul Menard started on the pole, in his No.5 Franklin Road Apparel Chevrolet Camaro, after setting a record-breaking qualifying lap. But accelerated tire wear from the infamous Charlotte banking took its toll on everyone, with Menard yielding his lead in order to change tires after 25 laps. Menard’s pit stop relinquished the lead to Tomy Drissi in the No.8 Lucas Oil Ford Mustang, but just five laps later, Drissi pitted to change tires too, which gave the lead to Amy Ruman in the No.23 McNichols Co. Chevrolet Corvette.

For the remainder of the race, Menard and Drissi chased down Ruman, finally catching and passing her with just six laps remaining. Menard and Drissi then swapped the lead several times, but Menard ultimately prevailed, taking the checkered flag for his first win of the 2022 season and piloting his Camaro to victory lane.

“It is really cool to be back up on top of the podium,” said Menard in Victory Lane. “It was a chaotic race but an awesome weekend. My crew was great, and my Franklin Road Apparel Camaro has been fast every session we’ve been in. Ken Thwaits is building Showtime Motorsports up to be a contender, and I think we showed today that we have the tools and we have the speed.”

Congrats to Paul, Tomy, and Amy and all of the Trans Am teams who tackled the ROVAL at Charlotte. And as always, thanks for trusting Forgeline to carry the load!

Trans Am returns to action again on March 25-27 at Michelin Raceway Road Atlanta. 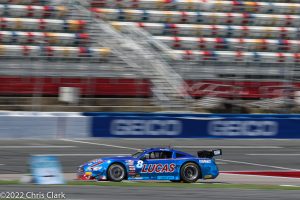 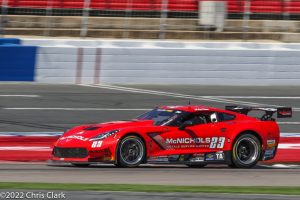 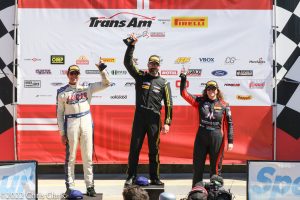