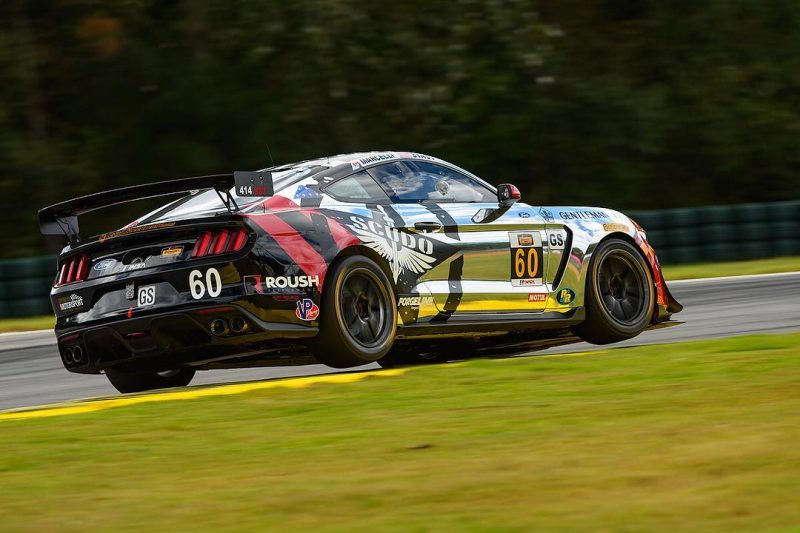 …with a little bit of help from their friends.

At the finale of the 2018 IMSA Continental Tire SportsCar Challenge season, at Road Atlanta, Ford wrapped up an incredible season of racing and captured the Grand Sport (GS) Manufacturer’s Championship!

“We at Ford Performance are thrilled to bring home the IMSA CTSC Manufacturer’s Championship, this year,” said Mark Rushbrook, global director, Ford Performance Motorsports. “The Mustang GT4 has proven to be an outstanding car for our customers, not just with five wins, but getting five cars from four different teams on the podium during the season. We’re proud of our engineers who have worked so hard on this program, along with our long-term partners at Multimatic Motorsports and Roush Yates Engines.”

And every single one of these Mustang GT4s raced on just one wheel: Forgeline’s race-proven one piece forged monoblock GS1R! It’s no wonder that the Forgeline GS1R is often called “the most successful wheel in motorsports”.

Congrats to Ford, Ford Performance, Multimatic Motorsports, Roush Yates Engines, all the teams, and everyone who had a hand in this success. And Thank You for trusting Forgeline to carry the load!