Another All-Forgeline Trans Am T1 Class Podium at Road Atlanta

Three races in to the 2022 Trans Am Racing Series Presented by Pirelli, Forgeline forged three piece TA3R-equipped teams have so far swept the T1 class podium in all three races!

This latest example of this trend was at Road Atlanta on March 24-27, where Trans Am teams had just one week to recover from the previous race at Charlotte Motor Speedway. Reigning champion Chris Dyson and his team faced a particularly steep challenge, after having wrecked on the roval at Charlotte, leaving little time to get the car repaired and ready for action at Road Atlanta.

Dyson’s No. 20 Altwell Ford Mustang team rose to this challenge, not only making it to Road Atlanta, but delivering a car that allowed Dyson to set the fastest laps in both of the practice sessions. However, adversity reared its head again, during the qualifying session, when engine problems prevented Dyson from completing a fast lap. Amazingly, the team sprung into action yet again and completed an engine swap so quickly that Dyson was able to return to the track, set the fast lap, and earn the pole position!

Not surprisingly, Dyson converted this pole spot into an early lead, at the start of the race. He was challenged early on by fellow front-row starter Tomy Drissi in his No. 8 Lucas Oil Ford Mustang, but a mechanical issue beginning on lap 15 slowed Drissi, leaving him with his hands full just to maintain second place. Unchallenged, Dyson went on to win his second race of the 2022 season.

Throughout the race, Ken Thwaits in the No. 5 Franklin Road Apparel Chevrolet Camaro, Amy Ruman in the No. 23 McNichols Co. Chevrolet Corvette, and Wally Dallenbach Jr. in the No. 4 Ultimate Headers Ford Mustang were battling for the third place spot. Dallenbach Jr. prevailed in this battle, finishing third overall and winning the Trans Am Heritage class, while Thwaits finished behind him to claim third in the TA1 class.

Congrats to Chris, Tomy, Wally, Ken, and all of the Trans Am teams who rose to the challenge at Road Atlanta. And as always, thanks for trusting Forgeline to carry the load!

Trans Am returns to action again on April 22-24 at WeatherTech Raceway Laguna Seca. 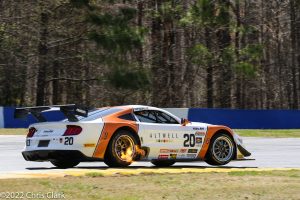 Chris Dyson in the No. 20 Altwell Ford Mustang 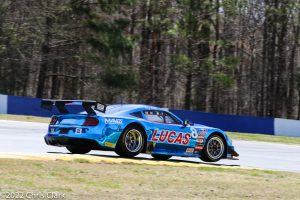 Tomy Drissi in his No. 8 Lucas Oil Ford Mustang 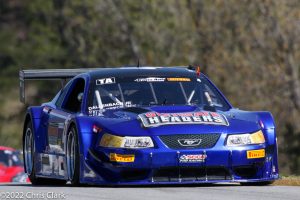 Wally Dallenbach Jr. in the No. 4 Ultimate Headers Ford Mustang 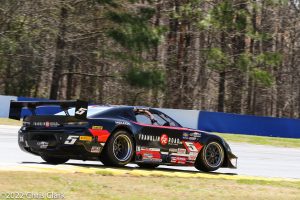 Ken Thwaits in the No. 5 Franklin Road Apparel Chevrolet Camaro